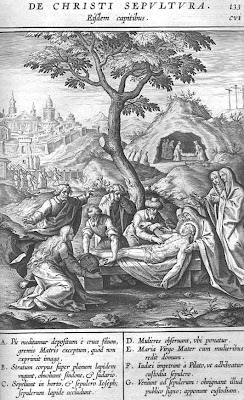 Tenebrae of Holy Saturday is sung on the evening of Good Friday. It is the shortest of three Tenebrae services. The choir altar is bare and just has the six candlesticks and unveiled Cross as at the morning celebration of the Mass of the Pre-Sanctified. Choir reverences are omitted this night and until the completion of None tomorrow. Otherwise the ceremonies are the same as on the previous two nights.